Recently I began to optimize voxeling’s usage of WebGL buffers. The goal was to get rid of render performance bottlenecks so I could further increase the draw distance. In real life humans can see about 2+ miles away before the curvature of the earth drops things out of view. The game engine was previously only able to draw out to roughly 700 feet before stuttering, but the latest code can draw to about 1500 feet. It’s not as far as I’d like, but it’s still a big improvement.

Now let’s talk technical details. First I need to outline some basic facts and then I’ll compare the old drawing logic with the new.

As the number of textures used per chunk grew, and as we increased draw distance to draw more chunks, the number of render calls went up dramatically.

Let’s assume t = 6, or an average of 6 textures present within each chunk. And assume d = 3, or a draw distance of 3 chunks in each direction away from the player. Using those numbers results in 2058 render calls! It became apparent at draw distances beyond 6 that this was simply too many calls for the CPU to make without slowing down the framerate.

The upside to this setup was that we could re-mesh and draw changed chunks very quickly since each chunk had it’s own dedicated buffer tuple. It’s necessary to re-mesh and re-draw as you or a friend create or destroy voxels within the world. That’s how the change gets shown on-screen.

This new setup uses far fewer WebGL buffers. Regardless of the draw distance setting, the number of WebGL draw calls now has an upper limit of 510. Recall that each image texture is assigned two buffer tuples and the game engine supports up to 255 textures.

In the bullet points above I mentioned that the buffer tuples for near and far chunks are updated at different frequencies. The engine updates buffer tuples like so:

This is what it looks like after the code changes with a draw distance of 10: 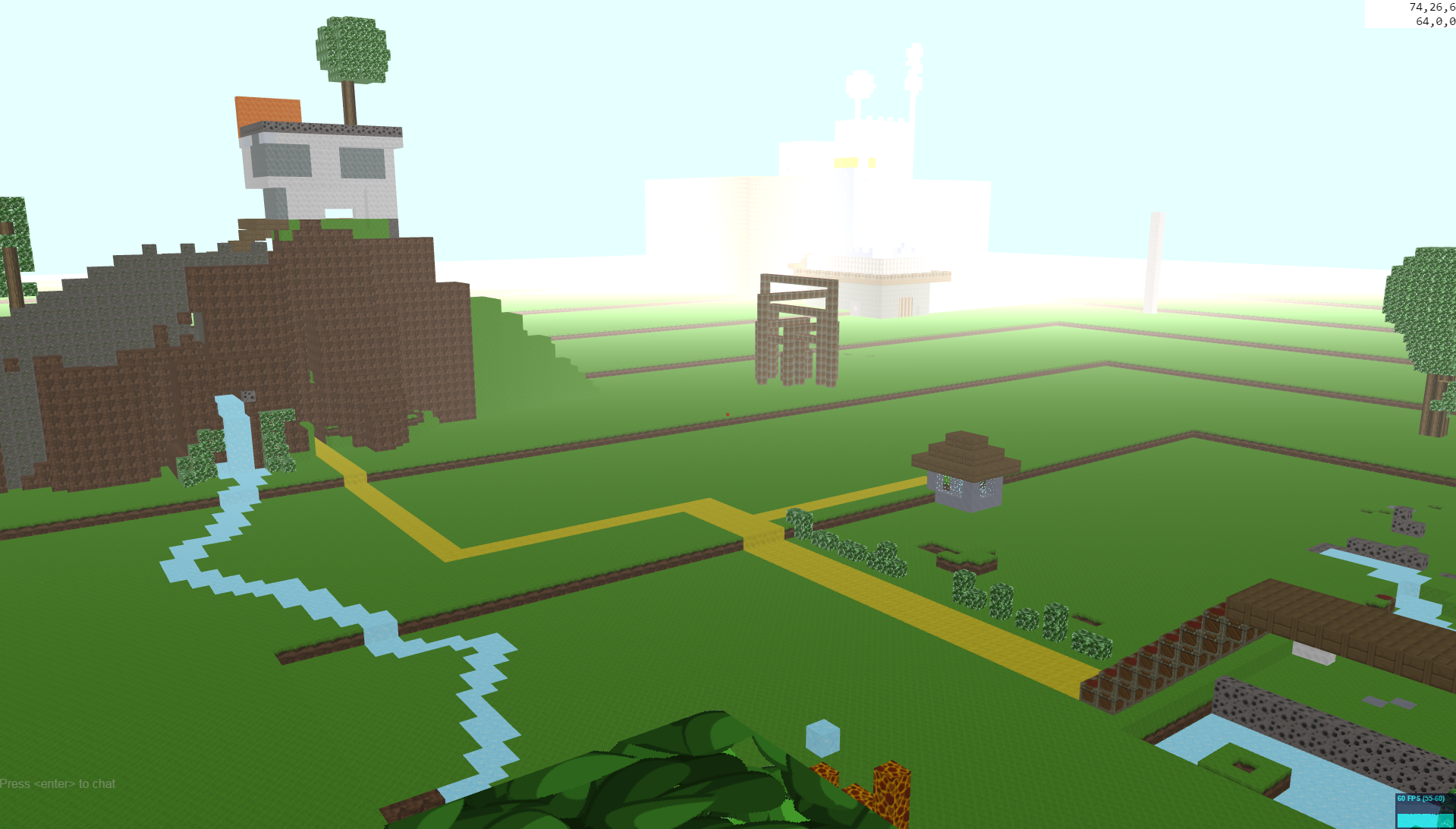 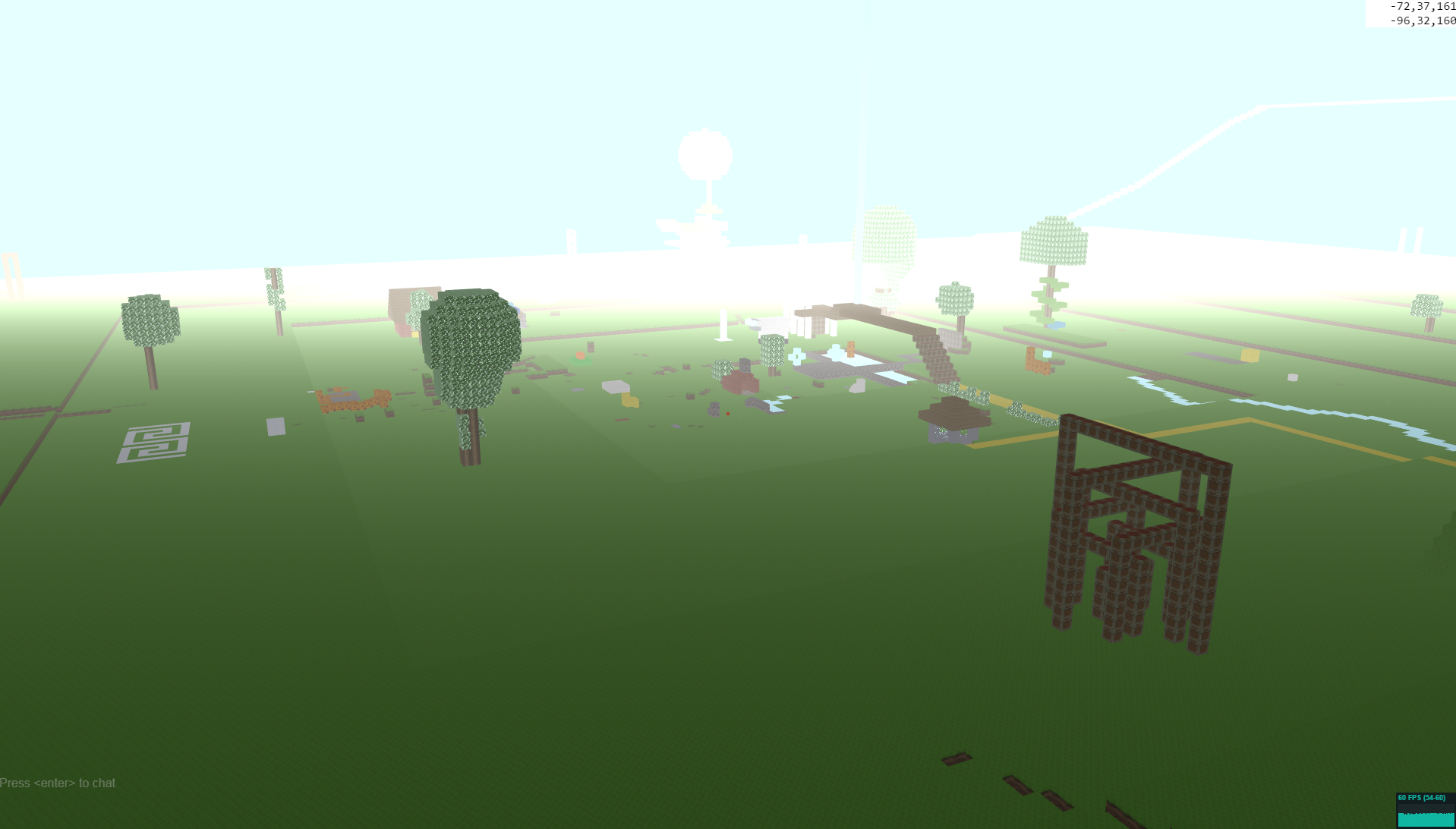 (As you can see, the haze is a bit aggressive. Ideally it would change with draw distance, but I haven’t implemented that yet)

See lib/voxels.js if you want to glance at the code, and thanks for reading! I hope you enjoyed this quick dive into technical details. If you have any questions, feel free to contact me. Take care!