If you haven’t already played around with the in-browser voxel game demos on voxeljs.com, check them out. I stumbled across them in April and was blown away. Who knew 3D environments could run so well in the browser? Apparently lots of people did, more than two years ago. Oh well, I’m late to the party again. Regardless, working with those tools looked like great fun, so I forked some repos and began building. My end goal is a multiplayer voxel game that I can host on my linode server. My current iteration works pretty well on a local network, but strange things happen when I try to compile and host on my linode server. I’m betting it’s due to module incompatibilities with newer versions of node.js. So I press on.

Let’s see if I can remember and recap what I’ve done:

In the meantime, here’s a screenshot: 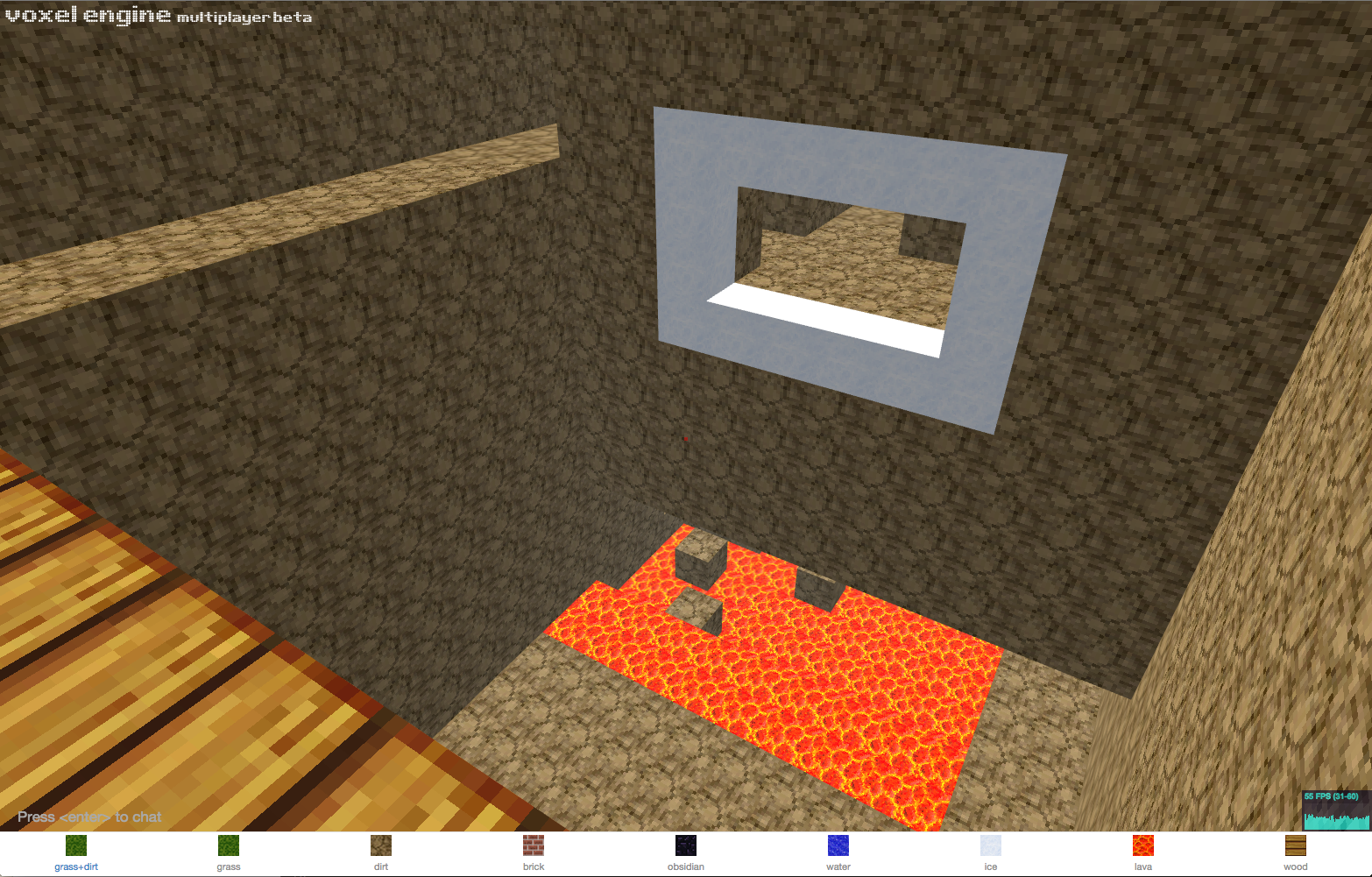 That’s it for now. Take care, and thanks for reading.