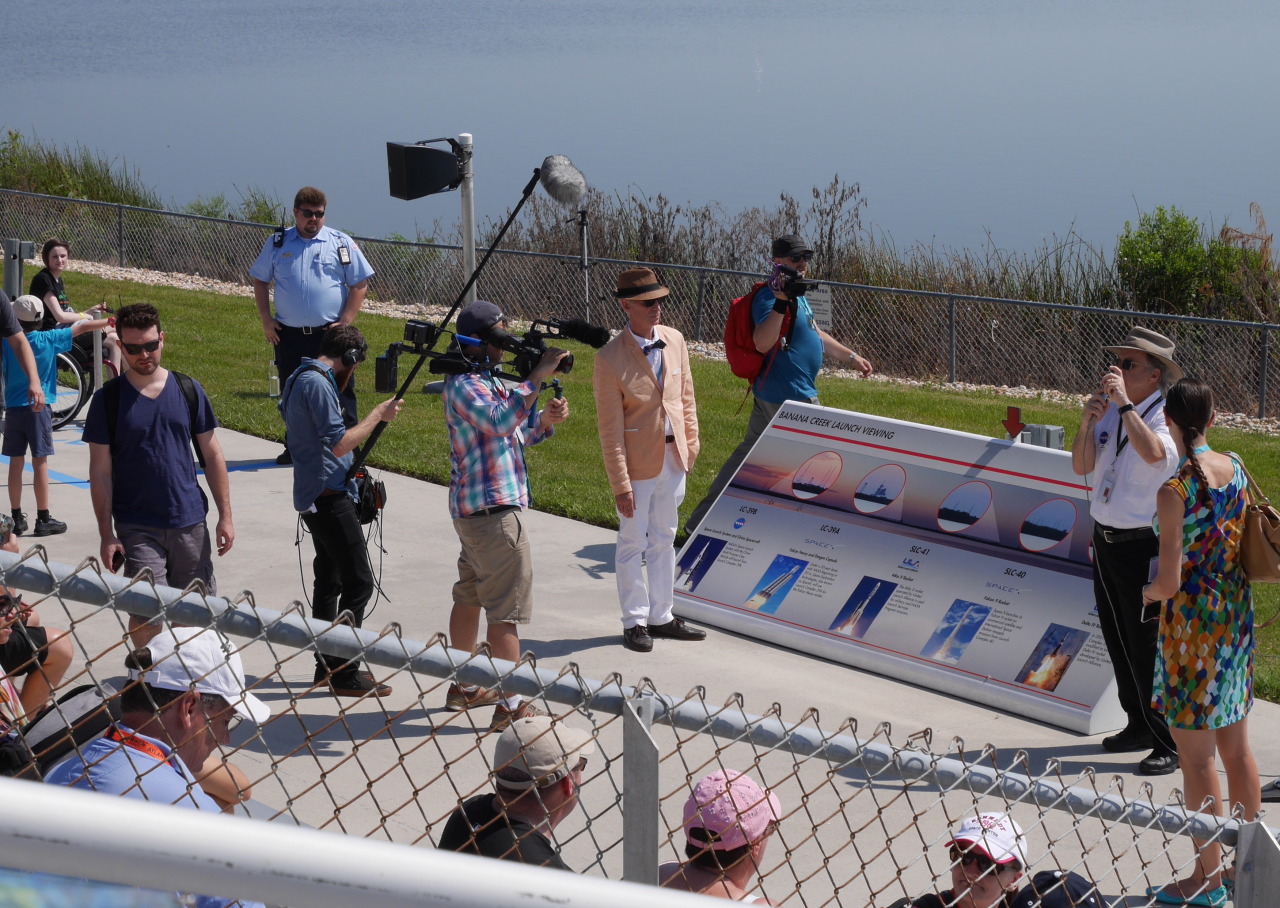 Who is that sharp-dressed man standing in the blazing Florida sun?

Yesterday was the second time I watched a rocket launch from Kennedy Space Center. United Launch Alliance was sending up a rocket. That simple fact was enough to attract me to KSC … I didn’t know what the payload was. The MC informed us that a classified plane was being sent up, along with a Light Sail and a few cubesats. This was the fourth test for the Air Force plane, and the first Light Sail test by the Planetary Society, whose CEO is Bill Nye. I’d seen a headline about the Light Sail test the previous week, but had no clue it was launching so soon. More about the launch here.

I feel that every launch is significant, but didn’t expect this one to have so much star power. (hehe)